We started our day with a short delay. While waiting for our bus, we had a short power outage in the park. Since many of us have pets, we wanted to make sure the air conditioning was working before we left.

The power came back on; our bus arrived so off we went on our trip to the Queen Mary where we had the most wonderful champagne brunch. We dined in the Grand Salon which was the dining hall for the first class passengers traveling on the Queen Mary. There were nine stations of food for us to choose from.  Oh, the decisions to make!  Everything from breakfast items, soups and salads, beef, chicken, seafood, pastries, and desserts.  And during the meal, we were serenaded with the beautiful music of a harp. 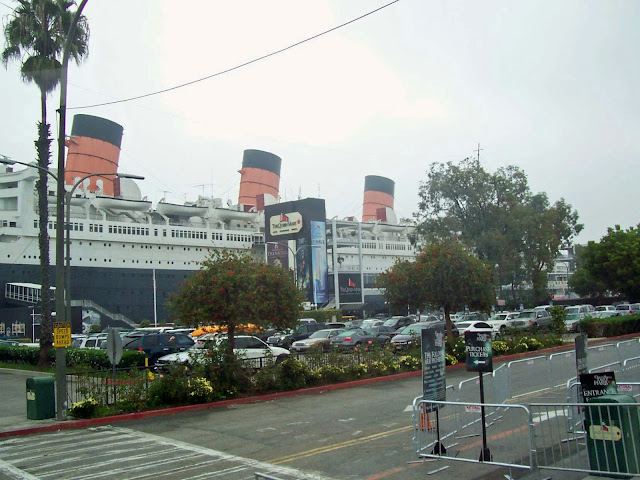 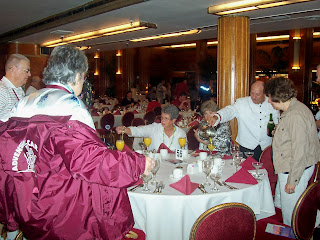 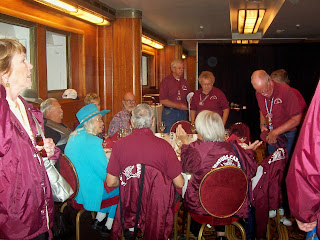 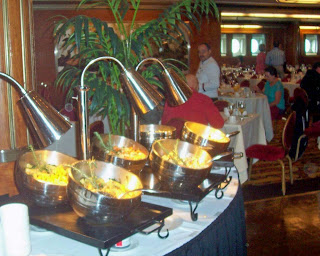 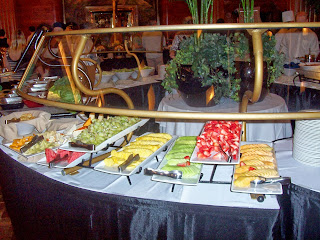 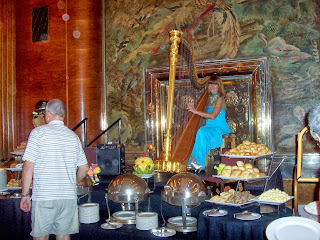 After we were sufficiently stuffed we met Robert for a tour of the Queen Mary. The ship originally was a Cunard ship from Scotland launched in 1934 and used to transport mail. In 1936 she sailed to the United States. In the 1960's she went up for auction and made her final voyage. And in 1967 she ended up in Long Beach. 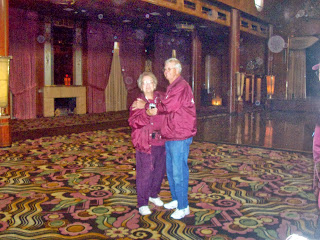 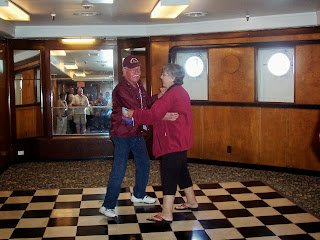 Back on the bus, we traveled through Long Beach, over the Vincent Thomas Bridge to San Pedro Island where the battleship, USS Iowa sits in the harbor. 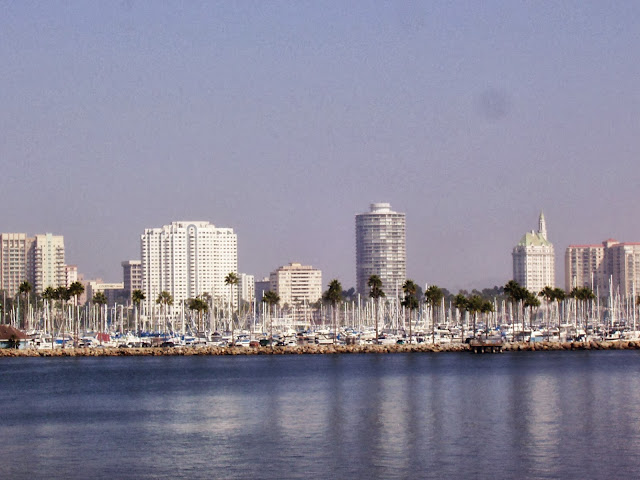 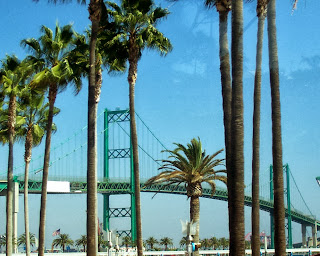 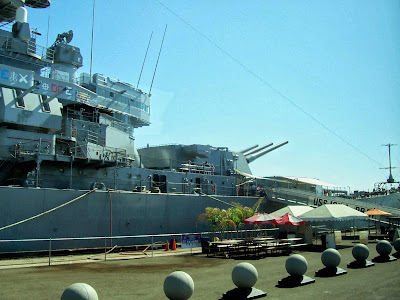 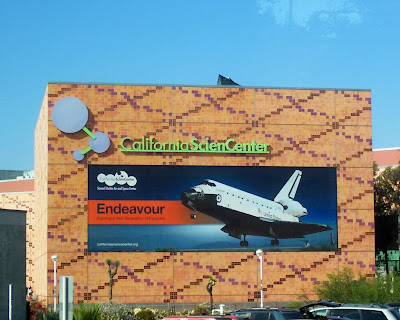 On to the West Adams area and Exposition Park. This is where the 1932 and 1984 Olympics were held. It is also the campus of the USC Trojans. The California Science Center is here which is where the Space Shuttle Endeavor is now making its home.

As we head for Santa Monica and Venice, Chris explained the history of the two cities. Many people moved to the area to get relief from respiratory problems. A man named John Jones from Santa Monica and a guy from Venice named Abbott Kinney became very competitive at trying to get people to live in their city.

Santa Monica prospered and was big into arts and the wealthy. Venice had circus acts to draw people. Venice was built on a system of canals all running to the ocean.  When Jones died, Santa Monica continued to prosper with the building of the Pier while Venice began to deteriorate after Kinneys death. Santa Monica is now a hot spot for people from Los Angeles. While Venice took awhile to be revitalized, it is now a popular and expensive place to live. The canals have been paved over and are now streets and the graffiti style of art is very popular. We walked on the boardwalk in both cities and enjoyed the local activities. 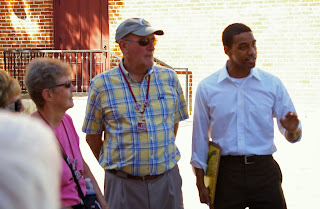 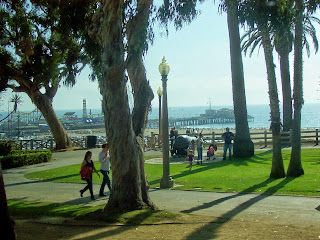 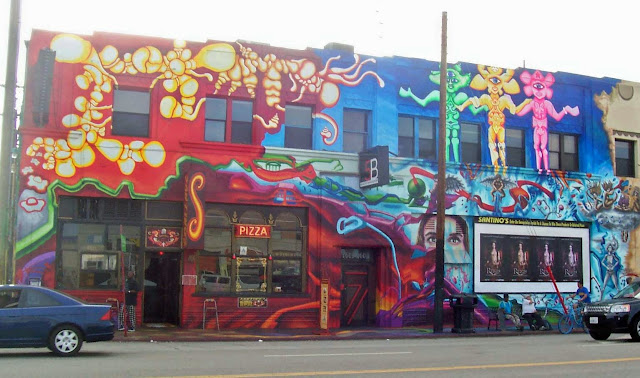 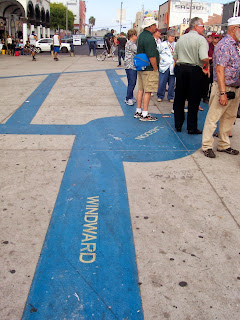 As our day was winding down we drove through Marina Del Rey and back through Long Beach to drop off Chris. And then we headed back to our RV park. The end of a long day! 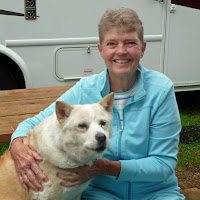 Posted by The Tailgunners at 7:44 PM 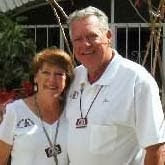 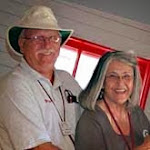